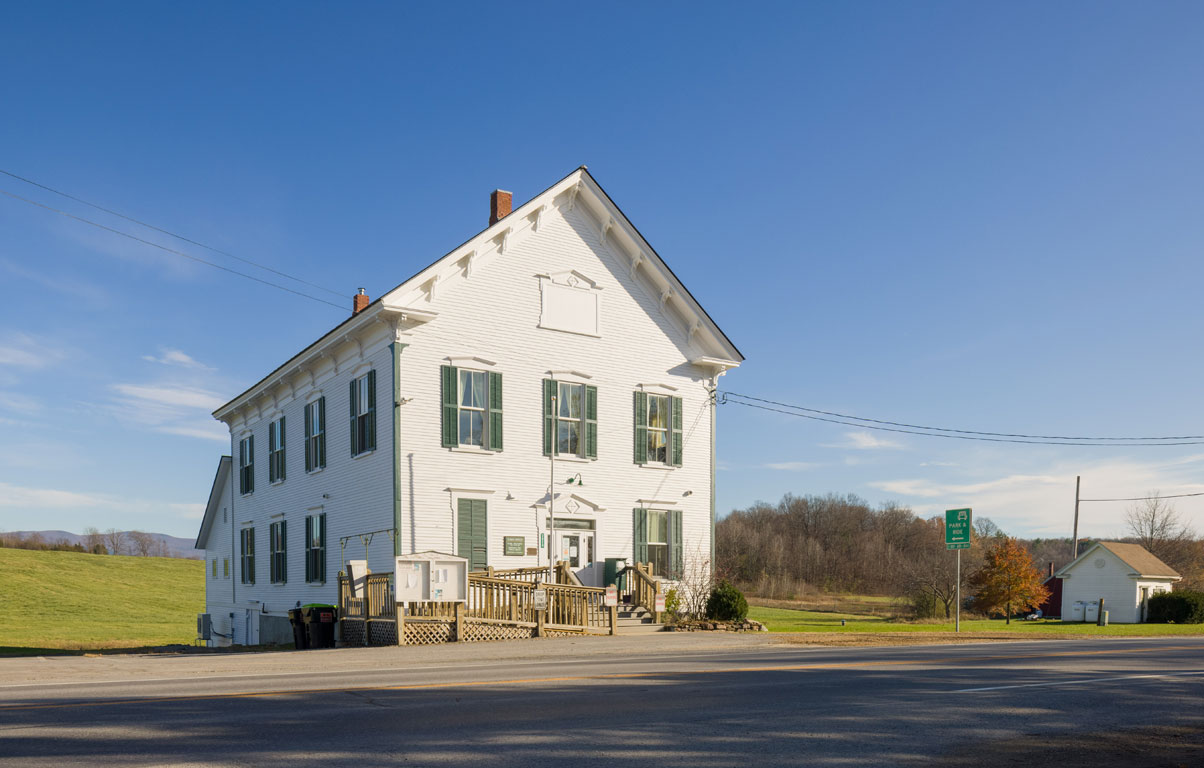 A frequent architectural challenge, exemplified by the Cornwall Town Hall, is to preserve the character of old buildings in small Vermont towns while adapting them to function according to modern standards. At the outset of this project, the town of Cornwall assumed they needed an addition to the building to accommodate accessibility upgrades and increased storage and other space needs. Adding to the structure of single mass historic buildings can often distract from the iconic form, as was the case with an enclosed exterior fire stair on the northern façade of the building. In examining the underutilized spaces in the existing building however, VIA determined that the town could achieve their goals and save money by reorganizing the existing space. Reconfiguration of the main floor, which houses the library, a small meeting room, and the Town Clerk’s office, created space for an elevator and interior fire stair. The elevator provides universal access to the second floor of the building, which features a large meeting room and a stage. Removing the exterior fire escape restored the exterior appearance of the building to its original state. Moisture mitigation and insulation in the basement allowed for fire-proof record storage, creating space in the existing vault. Structural repairs and additional insulation make the whole building more sound, comfortable, and usable for years to come. (See more of the Cornwall Town Hall)