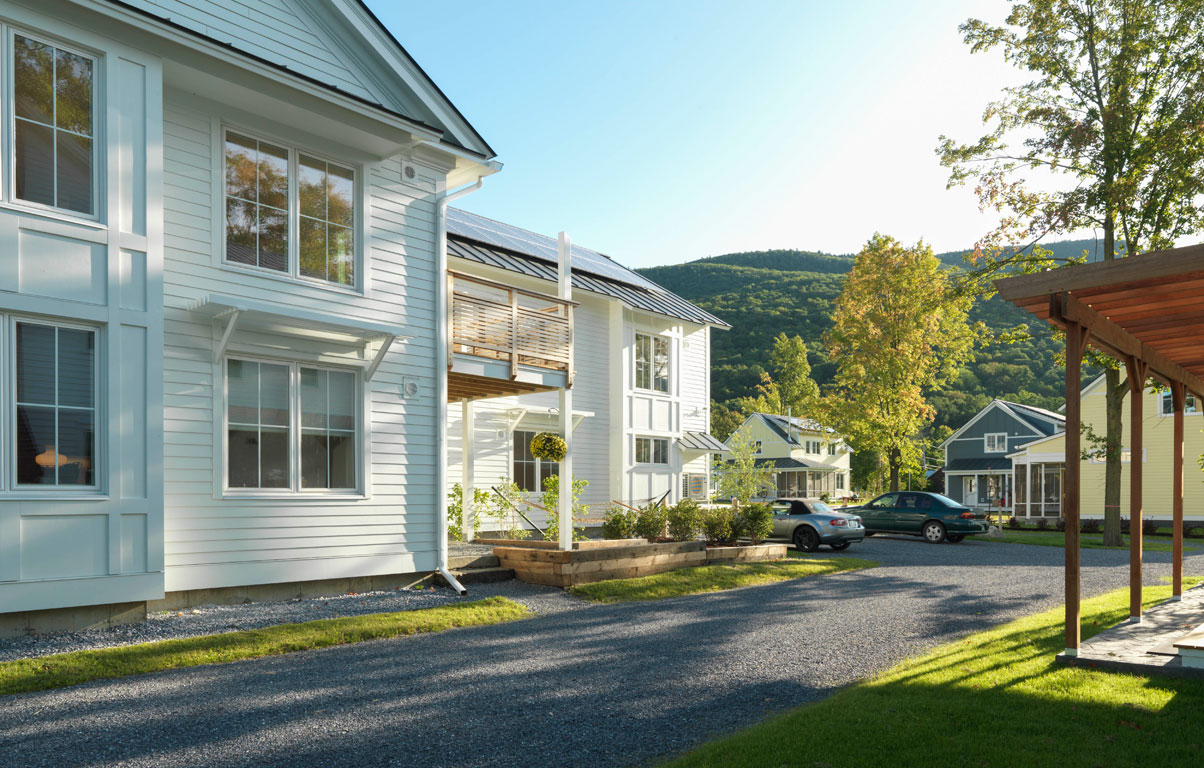 Part of Bristol’s historic charm comes from the grid of closely-spaced residences typical of the mid-19th through early 20th centuries. BVCH renovated three historic homes (c. 1860’s and earlier) along North Street and added a similar style structure that respects the street context. Renovations ranged from simple upgrades to full reconstruction. The Peake House at 16 North Street, which serves as BVCH’s Common House, received accessibility upgrades. The dilapidated structure at 12 North Street was completely rebuilt as a fourplex; its historic façade was carefully set aside and reattached on a new foundation. A new triplex filled a gap in the streetscape, restoring the traditional even spacing for downtown residences. And the renovated home-turned-duplex at 8 North Street underwent a deep energy retrofit from the inside, with increased wall depth and air sealing. The timber-framed structure with clapboard siding attached directly to the framing required careful details to maintain airflow behind the siding, while improving air sealing and insulation from the inside.